Double The Pleasure With Rabbit Vibrators 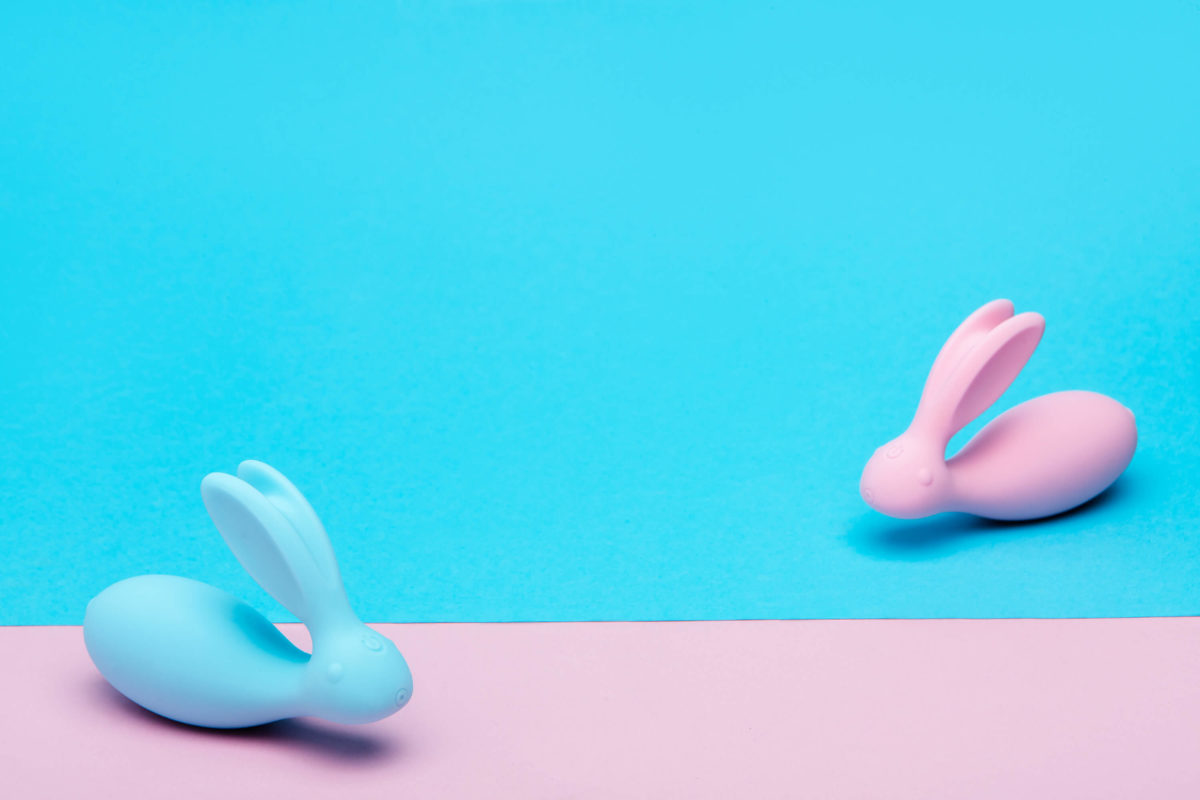 Well, ours is orgasms! And, to be honest, yours should be as well. Ever since they hit the market back in the late ‘80s and the early ‘90s, rabbit vibrators helped many women achieve an orgasm. In fact, some might even say that of all types of vibrators on the market (and there are a lot of them), rabbits are the most effective, fun, and pleasurable spot vibrators ever.

Achieving an Orgasm — an Uphill Battle

There’s a good reason why rabbits are considered to be the number one contender on the list of top sex toys for women. They are a perfect mix of two glorious, pleasurable worlds — clitoral and vaginal stimulation.

Listen, we know that many men (and, unfortunately, women) think that the penis or, rather, penetration is the Holy Grail of sex. It’s the main event, right?

Well, yes. However, it doesn’t provide the same big finish for all participants. While a man will most likely orgasm via vaginal penetration, many women will be left with nothing more than a disappointing feeling of “almost there” or even “not even close.” What’s more, many women feel the need to finish themselves off, given that sex proved to be less than satisfactory.

That’s because a lot of women have trouble orgasming through vaginal penetration alone. The sometimes-mythical vaginal orgasms are few and far between. Clitoral orgasms, on the other hand, are a dime a dozen (for some women). Only 18% of women in the United States said that vaginal penetration was enough to make them climax. That means that the rest of us need additional, external stimulation if we’re to experience the coveted le petite mort.

That’s What the Clitoris Is for!

When we have regular, boy-girl, penis-vagina sex (pardon our bluntness), the clitoris is often not stimulated at all. That’s especially true if we’re in specific positions (doggy style, from behind, sideways, and many, many others). In fact, there are only a few sex positions that will allow clitoral stimulation (unless you’re a Circe du Soleil contortionist — then there are probably plenty.).

That is a huge missed opportunity given that the only role the clitoris has is to provide pleasure. It’s a pivotal organ when it comes to the female orgasm.

The clitoris is literally made to blow our minds! The fact that many people still ignore it during intercourse is, frankly, baffling. After all, it’s right there, in the thick of things. Why ignore it?

Now you’re thinking, “OK, but there’s no way to miss out on the clitoral stimulation during solo sessions, right?”

Better yet, the rabbit has evolved over the years and now has a multitude of different features. Given that no two women have the same anatomy, we can now get rabbits that are close to perfect for our individual needs.

A rabbit can work in many ways. Traditionally, we insert the shaft into the vagina and position the ears to hover, gently lay, or stroke the clitoris. We can choose to turn the motor(s) on or off and enjoy the pulsating, vibrating, sucking, or thrusting sensation.

For a bit of extra fun, we can also position the ears backward so they stroke and stimulate our backside. Talk about spot stimulation!

The rabbit is the perfect choice for all of us greedy girls because it provides layered pleasure. It stimulates both the clitoris and the vagina, and it can help us hit the G-spot. That means that, in theory, it can help us achieve a blended orgasm. Twice the orgasm, twice the fun, right?

A blended orgasm is a dual, simultaneous orgasm. While regular vibrators and other sex toys can be used for double stimulation, they can’t hit all the right spots at the same time. Thus, only the rabbit can help us have a clitoral and vaginal orgasm at the same time.

And, believe us, once you experience this, there’s no going back. A blended orgasm will leave you with shaky knees and a fulfilled, balanced feeling of happiness. Is there anything better?

Sounds too good to be true, right? Well, take one out for a ride, and you tell us. Happy playing! Are you wondering where you can purchase one?  We recommend going to this lovegasm collection for plenty of options to choose from.